We use cookies on our website. They help us get to know you a little and how you use our website. This helps us provide a more valuable and tailored experience for you and others.

You can revoke cookies at anytime at the bottom of the page.

As a country that relies on the travel industry, Seychelles has been particularly active in preserving its natural heritage. Speaking to a panel of African ministers, St.Ange has said that these efforts have been on the agenda since the country was under British rule (it became independent in 1976) as a means to safeguard the landscape that attracts visitors from all over the world.

“The challenge we have now is to work together with industry players from the whole region to ensure we are all on the same page,” he said. “Seychelles, Morocco and the Ivory Coast have played an important role in setting up this ministers’ meeting and I am happy to be a part of this historical event.”

As much as 50% of the Seychelles’ territory consists of protected National Parks and the country has gone so far as to limit the number of tourist beds per island to ensure that tourism growth does not come at the expense of the environment. Seychelles is found to have the purest air on the planet by the 2016 Environmental Performance Index and it is currently developing renewable energy sources.

During the event, St.Ange was accompanied by Seychelles’ principal secretary of Tourism, Anne Lafortune.

About Alain St.Ange
Few people are as passionate, accomplished and respected in their field as Alain St.Ange, Seychelles Minister of Tourism, Civil Aviation, Ports & Marine. Since taking office in 2012, and with his prior roles as Director of Marketing and later CEO for the island’s tourism board, St.Ange has been responsible for increasing Seychelles’ visibility in the global travel and tourism industry. He is a firm believer in the promotion of Seychellois culture as a central tenet of the country’s tourism growth and development. With a life-long dedication to the tourism industry and national politics, St.Ange has received numerous awards and honours, including the Mahatma Gandhi Honour Award (2014) for his work in strengthening Indo-Seychelles relations, a Plaque of Honour from the House of Lords in London (2015) and, most recently, the Tourism Eminent Achiever Award in Africa (2015). He has also authored and co-authored several books about Seychelles. 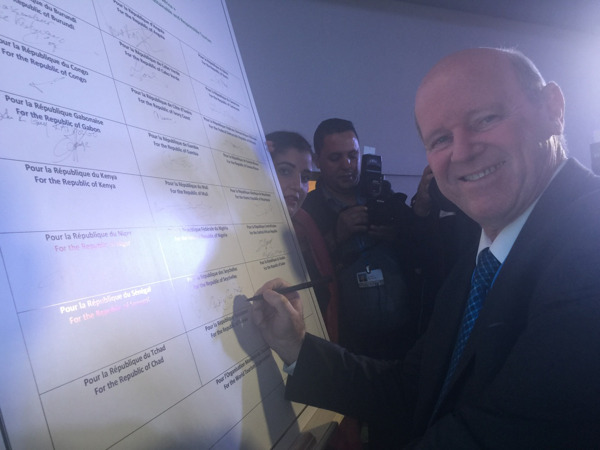 About Seychelles Tourism Board

The Seychelles is an archipelago of 115 islands in the Indian Ocean off East Africa. It's home to numerous beaches, coral reefs and nature reserves, as well as rare animals such as giant Aldabra tortoises. Mahé, a hub for visiting the other islands, is home to the nation's capital, Victoria. It is also home to the mountain rainforests of Morne Seychellois National Park and the world's most breathtaking beaches, including Beau Vallon and Anse Takamaka. With so many islands to choose from, each with an enchanting charm and character all its own, and over 65 beaches on the principal island of Mahé alone, visitors are sure to find their own piece of paradise for a little downtime in the sun and sand.